While Anne Marie Schubert may be best known for the successful investigation, arrest and conviction of the Golden State Killer, she has made a career of protecting kids from sexual predators and human trafficking and making sure violent criminals are held accountable for their crimes. She has aggressively prosecuted major corporations for practices that harm the environment and has worked to get illegal firearms off the streets and is an international expert in DNA investigations.
Learn More

Anne Marie Schubert invites the prosecutors, investigators,
forensic experts, and victims from those crime files,
who have changed the course of criminal justice
to go Inside the Crime Files. 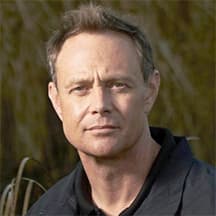 Co-Host America’s Most Wanted and
Renowned Cold Case Investigator
“I am honored to endorse Sacramento District Attorney Anne Marie Schubert for California Attorney General. I have known Anne Marie for over 20 years, working closely with her on many cold case murder and rape cases.  Anne Marie is a national prosecution expert on forensic DNA and its use to both identify the guilty and exonerate the innocent.

Knowing Anne Marie’s expertise and dedication for seeking the truth was the reason I asked her to take the bold step of using a revolutionary tool-investigative genetic genealogy- to solve the Golden State Killer case. Her leadership of the prosecution team in bringing this serial rapist and killer to justice was outstanding. 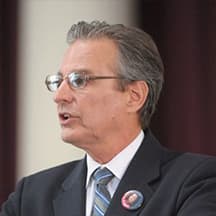 Crime Victim Advocate and father
of murder victim Polly Klass
“Anne Marie Schubert is one of California’s most accomplished prosecutors and a hero to crime victims. As Attorney General she will target the worst of the worst – violent criminals, sexual predators and human traffickers who prey on children and the vulnerable.” 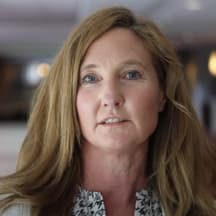 Rape Victim, Paul Robinson John Doe
DNA Rapist Case
“The rape made me feel alone, vulnerable and small.  Anne Marie made me feel protected, supported and important.  When I was ready to give up on any justice, she found a way to keep that hope alive. She didn’t give up and move on. No, that’s not her style. Instead, she filed the John Doe warrant, based on DNA, that changed everything. Not only for me, but for countless cold cases.”

We watched DeAngelo say ‘I admit’ to horrible crimes. DA Schubert was born to make him say it
LEARN MORE

The untold story of how the Golden State Killer was found: A covert operation and private DNA
LEARN MORE

We have to change the culture: Sacramento leaders propose solutions for anti-Asian hate
LEARN MORE

In California, the death penalty is all but meaningless. A life sentence for the Golden State Killer was the right move
LEARN MORE